With the U.S. and Iran staggering toward war, it bears asking: How would U.S. interests be served by war with Iran?

It’s clear that U.S. interests would be deeply undermined.

Even a cursory appraisal of the handy list drawn up by the Commission on U.S. National Interests demonstrates how far off course the Trump administration’s extreme hostility toward Iran is, in terms of American interests.

Globally, vital American interests start with preventing or deterring attacks on the United States and its allies, particularly with nuclear, biological and chemical weapons.

In the Middle East, chief U.S. interests comprise Israel’s survival as a “free state,” along with uninterrupted exports of Middle Eastern oil and deterrence of terrorism and acquisition of nuclear, chemical or biological weapons by hostile states.

The Trump administration would be wise to familiarize itself with these interests.

Six ships have been attacked near the strategic Strait of Hormuz since Trump scuttled the Iran nuclear deal and began imposing his vow to strangle Iran’s oil exports to zero.

It’s looking like Iran had something to do with the reckless attacks on civilian shipping, probably in response to what Tehran unsurprisingly views as U.S. economic warfare.

If reprisals continue, we’ll soon be at war. That would be a tragedy. It would also hurt our vital interests.

For starters, war with Iran makes attacks on the U.S. homeland, on American troops, and on U.S. allies far more likely.

Although Iran does not yet have nuclear weapons, it does have chemical weapons and capability to produce biological weapons. Iran also has missile delivery systems and perhaps unconventional stockpiles outside the country. One analyst suggests the possibility of reprisal by “dirty bombs” in U.S. cities.

Wishful thinking. U.S. hostility has a better chance of doing the exact opposite.

There is no question that Iran abided by the commitments it made in 2015. It opened its nuclear sites to inspection, dismantled most of its centrifuges, handed its uranium stocks to Russia, and even poured concrete into the reactor core that might have given it weapons-grade plutonium.

Trump’s re-imposition of sanctions – despite Iran’s compliance – was a major strategic blunder. It reinvigorated Iranian hardliners, who now have evidence that Washington can only be counted on for one thing: betrayal.

Iranian hardliners are finding a receptive audience for their more worrying message. Until it develops a nuclear weapon like North Korea’s, Iran will be unable to deter a U.S. attack or embargo, or even win the respect of its neighbors.

Is there anything the Trump administration can do to prevent a nuclear-armed Iran?

A better question might be: Is America willing to invade Iran and kill, capture or disarm the Iranians who support a nuclear deterrent, including the 750,000 members of the Iranian Revolutionary Guard and other forces, along with their supporters in government?

Such an invasion and occupation would take decades and make the $2 trillion Iraq war look trivial.

And unlike in Iraq, the Trump administration’s jilting of U.S. allies means America would fight virtually alone. The list of conceivable partners is short: Israel, Saudi Arabia, the United Arab Emirates and Egypt. 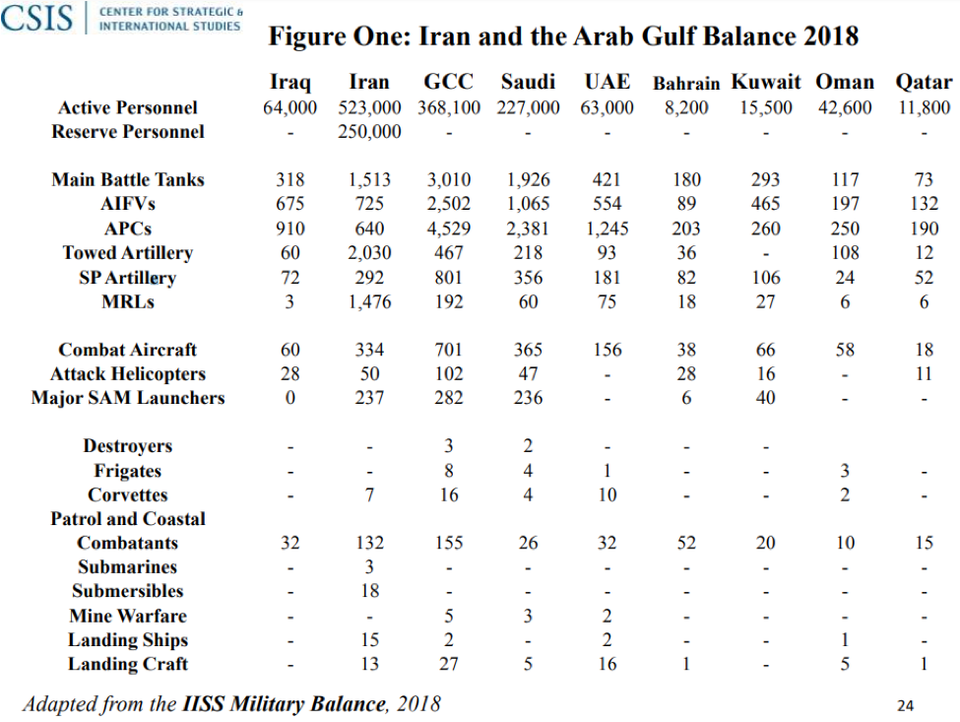 Figure 1: Iran’s military is larger than that of any of its neighbors.
Source: CSIS, 2018; https://csis-prod.s3.amazonaws.com/s3fs-public/publication/181212_Iran_GCC_Balance.Report.pdf

Trump’s other card is the fomenting of a popular uprising that deposes the theocratic regime. Despite his administration’s best efforts, Iranians prefer their current government to one of our choosing.

What about U.S. interests in global trade stability and energy exports?

While oil markets remain adequately supplied at the moment, a closure of the Strait of Hormuz would not go down well. Some 17 million barrels of oil per day flow out the strait, a pinch point between Iran and Oman. The loss of that oil would devastate the global economy.

Closing the strait was one of the issues that I examined as a participant in a 2015 oil disruption workshop convened by the U.S. Department of Energy. A special issue of Energy Policy journal is dedicated to our findings.

We gauged that a full closure of the strait for at least a month – long enough to exhaust some oil stored in strategic reserves – was unlikely, even in war.

More likely, an interstate war in the Gulf would leave the Strait of Hormuz partially shut. It would halt at least 4m barrels per day of exports, perhaps double that amount.

The outage could last from a month to a year and a half. (See: Beccue et al., “An updated assessment of oil market disruption risks.” Energy Policy, 2018)

Ravaged oil markets could be worse off than we imagined.

We hadn’t considered that Houthi rebels in Yemen might simultaneously send drones to attack and shut Saudi Arabia’s east-west pipeline, which allows the kingdom to export 5m b/d via the Red Sea, avoiding the Strait of Hormuz.

What about Israel? A U.S. invasion of Iran could unleash many of Hezbollah’s 130,000 rockets toward Israel, and draw Lebanon and Syria into a regional war. Even so, the Israeli president has been pushing for America to attack Iran, just as he urged Congress to do in Iraq.

Why? Israel wants to preserve its nuclear monopoly in the Middle East. A long U.S. war with Iran could help.

But U.S. interests are congruent with Israel remaining a “free state,” not a nuclear monopoly. The Obama administration dismissed Mr. Netanyahu’s theatrical incitements. Trump, unwisely, has bought in.

What does all this say about the attacks on shipping near the Persian Gulf, for which Iran is the main suspect?

The attacks on oil tankers, while reckless and unjustifiable, were a predictable outcome of unilateral U.S. sanctions on Iranian oil exports.

Iran’s disruption strategy has been common knowledge since then-President Rafsanjani’s warnings ahead of the Tanker War in the 1980s.

“As long as we can use the Persian Gulf, we shall maintain its security,” Rafsanjani is quoted as saying in the New York Times. “If ever the Gulf is unusable by us, it will be unusable by others.”

Current Iranian President Rouhani has made similar remarks. Trump administration officials were either not listening or willing to provoke attacks on shipping.

Let’s hope those same officials do some stock-taking and get us off the road to war. They can start by re-acquainting themselves with U.S. national interests.

This post originally appeared in the Forbes Blog on June 17, 2019.